For the first time, Legends Rugby will hold a netball tournament at the Legends Rugby Festival on 12th July. The Wimbledon RFC’s new floodlit MUGA netball courts will play host to some of the best netball teams from leagues across Surrey and South West London. With the popularity of netball continuing to grow in the UK, the new tournament is yet another great example of Legends Rugby creating a unique experience at its festival for sports fans, families and friends. 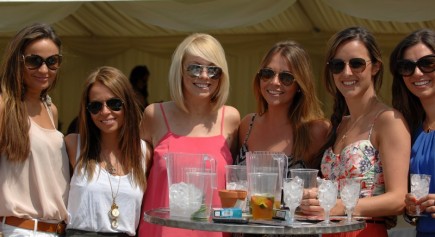 Stephen Platts, Hon. Treasurer, Wimbledon RFC, comments: “It’s going to be fantastic to be running a netball tournament alongside the already successful rugby competitions. Both rugby and netball are popular team and social sports, and to have access to the new courts at Wimbledon RFC is really exciting for us and the teams taking part. We look forward to seeing some good sportsmanship on the day as well as sharing a few drinks at the after party.” 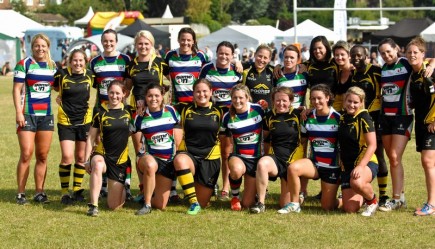 Adds Legends Rugby Tournament Director Ian Dawson, “We’re really pleased to be adding netball into the festival mix this summer for the first time. The Legends Rugby Festival has become a key date in sports fans diaries off the back of last year’s success, and we’re committed to continuing to make it a unique and fantastic day for players and their families. There is still an opportunity for additional teams to sign up and get involved.”

Some of the biggest names in world rugby will be competing in a fun, and no doubt competitive, day of rugby. Fans get the chance to rub shoulders with sporting heroes including ex-France international Serge Betsen and ex-England international Phil Greening. Tickets are already selling fast at www.legendsrugby.co.uk including VIP options.

Teams from over half of the top Premiership clubs including Leicester Tigers, Harlequins, Worcester, London Welsh, London Wasps and Saracens have entered a tens tournament to reignite long standing rivalries. 2013 champions Saracens will be looking to hold on to the Paladin Legends Trophy, with big names including Lewis Moody, Sam Vesty, Henry Paul and Chris Sheasby all competing.

Off the pitch there’s a host of entertainment including DJ’s and a concert with covers band favourites Me and Mr Brown (http://youtu.be/XR3MqKgFyBw) and mash-up masters JellyHammer (http://youtu.be/p6ZYEe31XO4). DJ Marie Claire, who has played for artists including Rihanna and Kanye West, will be entertaining crowds in the VIP area. Last year saw over 3,000 fans enjoying the day, with UB40 ending the day on a high. It really is the ultimate rugby festival.